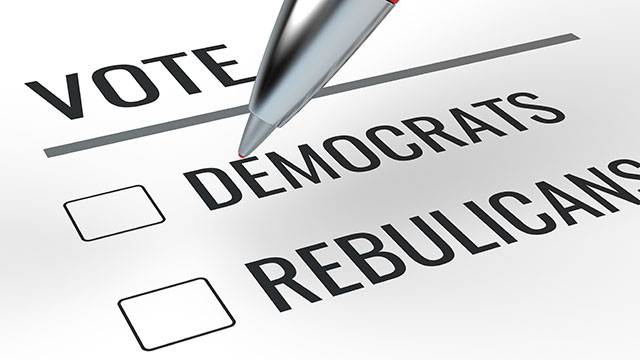 This must be that election fraud Donald Trump keeps talking about…

BREAKING: Rensselaer County’s elections commissioner was arrested Tuesday and charged in a 9-page indictment in connection with his handling of absentee ballots in 2021.

He is expected to return to work while his case is pending. https://t.co/JsxSAtucjr

From the Times Union:

Jason T. Schofield, the Republican Rensselaer County Board of Elections commissioner, was arrested outside his residence Tuesday morning by the FBI and charged with fraudulently obtaining and filing absentee ballots last year using the personal information of at least eight voters without their permission, according to an indictment unsealed in U.S. District Court.

The indictment accuses Schofield of using an online state Board of Elections portal to request absentee ballots on behalf of eight voters who had no interest in voting, did not request absentee ballots and didn’t know that Schofield was using their personal information to obtain the ballots. The indictment alleges the official “falsely certified” that he was the person requesting the ballot when he entered the voters’ names and dates of birth in the portal.

The ballots that were delivered to the Rensselaer County Board of Elections were subsequently filled out and submitted in last year’s primary election, the general election, and sometimes both.

Hmmm…is that a #Republican committing election fraud? Even though they claim #Democrats are the guilty party, all proof shows it’s the #GOP.#RepublicansAreDestroyingAmerica#VoteBlue2022 #DemVoice1 #BlueVoiceshttps://t.co/PHyxLI4jrV