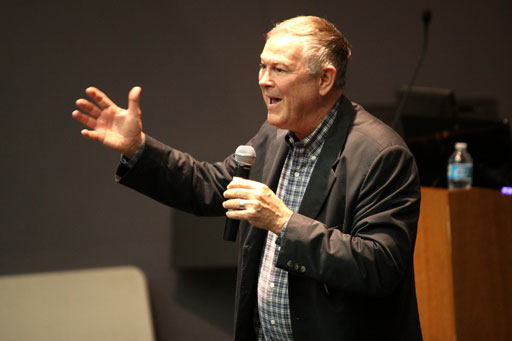 While engaged in one of the most competitive primaries of his political career, Republican Congressman Dana Rohrabacher of California has informed a key National Realtor group that homeowners should be able to refuse to sell their property to LGBTs.

Rohrabacher told an Orange County Association of Realtors meeting on May 16 in Washington, D.C., “Every homeowner should be able to make a decision not to sell their home to someone (if) they don’t agree with their lifestyle.”

The congressman doubled down on that sentiment telling reporters on Thursday that homeowners should have the right to “choose who they do business with.”

“We’ve drawn a line on racism, but I don’t think we should extend that line,” Rohrabacher said. “A homeowner should not be required to be in business with someone they think is doing something that is immoral.”

Rohrabacher’s comments came during a mid-year lobbying conference in Washington with the real estate professionals who asked him to support H.R. 1447, among other issues.

“When a supposed champion of the Realtor Party outright states that housing discrimination should be lawful, I hope you agree there should be cause for concern,” wrote Berger. “Ignoring the congressman’s comments belies the decades of serious work and progress NAR has made in the area of fair housing.”

This one hits home: If Dana Rohrabacher wants to deny same-sex couples a home, we need to kick him out of the House. https://t.co/tm1rchrVrI

Although Rohrabacher had previously been designated as a “Realtor Champion” by the NAR, the trade group has now withdrawn its recommendation that members support Rohrabacher based on his recent statements.

Equality California’s Executive Director Rick Zbur agrees: “Californians decided years ago that we don’t support housing discrimination — not based on race, not based on religion and not based on sexual orientation or gender identity.”

“And while Dana Rohrabacher may think it’s okay to discriminate against people because of who they are or whom they love, Orange County families don’t.” added Zbur.

Harley Rouda, a Democrat who was recently endorsed by Equality California in the race and is the son of a former Realtor association president, called Rohrabacher’s statements “outlandish and unacceptable,” saying everyone should have the same rights to buy and sell a home.”

In the face of a losing battle Dana has decided to attack those vulnerable among us.

We fight for the Rights of all people.

Join me @NAR We can #fireDana together.

Rohrabacher’s race is currently rated as a “Toss-Up” by the Cook Report.