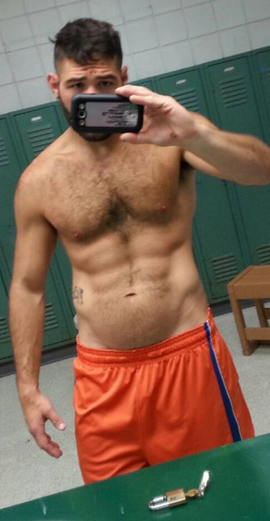 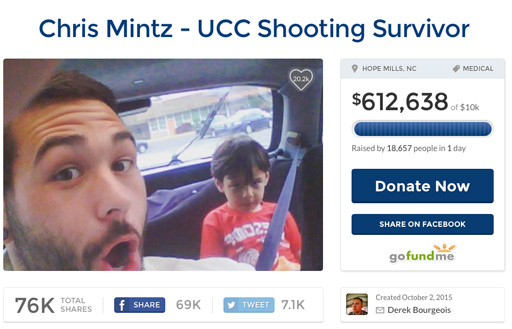 Focusing on some good news – according to reports, the student and Army veteran who witnesses say charged the shooter during the gunman’s rampage at Umpqua Community College in Roseburg, Oregon, is alert and awake at the hospital as he recovers.

Chris Mintz, 30, was shot seven times during the Thursday rampage, but he says his main concern is about the others who were injured.

Mintz left a short message on his Facebook page last night saying, “Hope the others injured and their families are doing well, goodnight for me.”

A GoFundMe page was set up to help Mintz with his medical bills and it’s soared past the original goal of $10,000 to over $612,000. Mintz will need extensive medical support as both legs were broken during his confrontation with the shooter. 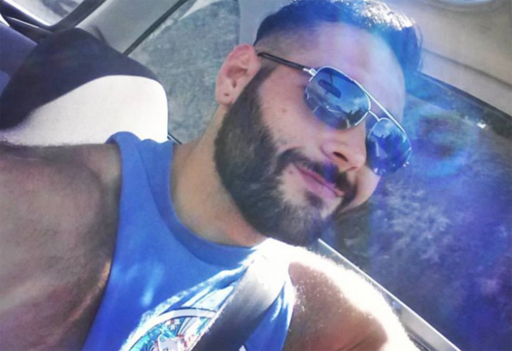 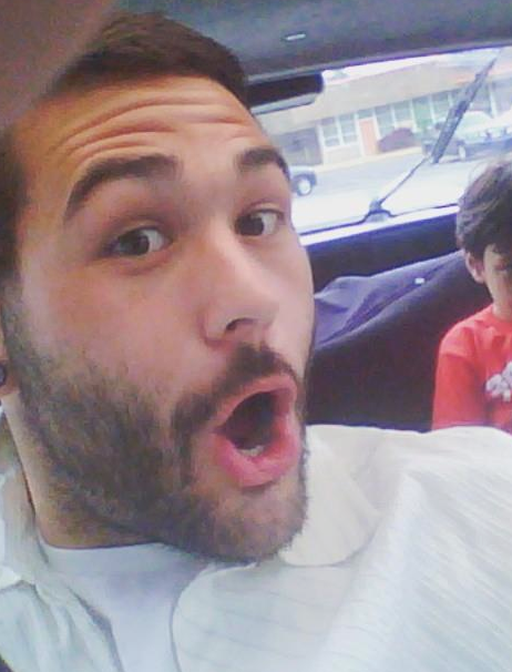