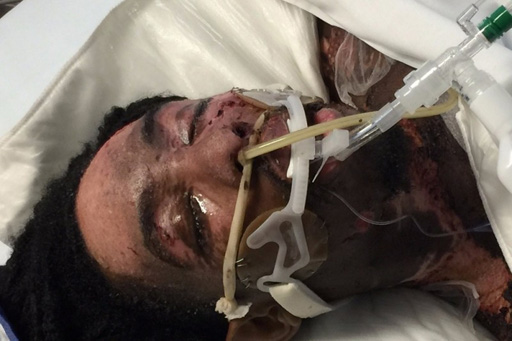 A Georgia man has been sentenced to 40 years in prison for his vicious attack pouring boiling water on two gay men as they slept.

Fulton County Superior Court Judge Henry Newkirk said the evidence was overwhelming and that Blackwell had behaved in a soulless and malicious way. He noted that it “takes a long time” for a pot of water to boil.

“You had so many outs where the voice of reason could have taken over,” the judge told Blackwell, who had faced up to 80 years in prison.

Prosecutors said it was a vicious, premeditated attack. Tolbert testified that after pouring hot water on them, Blackwell grabbed him as he jumped and screamed in pain and told him: “Get out of my house with all that gay.”

As the prosecutor pointed out, it took time to find the biggest pot in the house, fill it, and boil that water. That was a lot of time to think hard about what you were about to do, Mr. Blackwell.

The victims spent weeks in the hospital due to severe burns, undergoing many surgeries and skin grafts.

Left unable to perform many daily tasks, a GoFundMe campaign has raised over $70,000 to help with medical bills and recovery.

I previously wrote about the attack in March of this year when it happened. More details here.