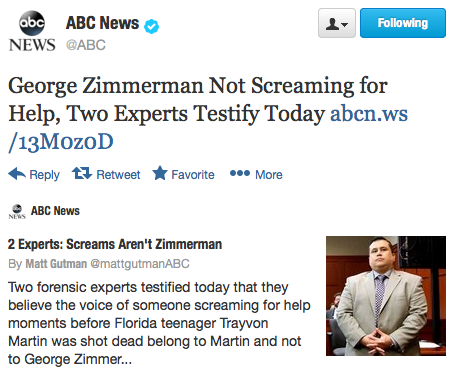 According to experts testifying at a pre-trial hearing today, the voice on a cell phone call to 911 does not belong to alleged murderer George Zimmerman.  This could indicate that it was perhaps not George Zimmerman who was in peril and instead deceased teenager Trayvon Martin.