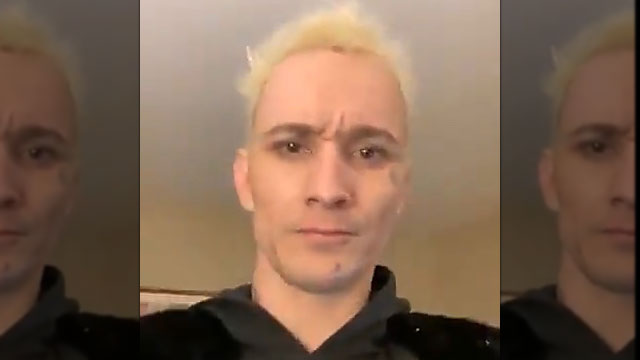 Gay Trump supporter Kristopher Dreww (with two ‘w’s) says he now fears for his life as law enforcement officials are arresting those who took part in the violent invasion of the U.S. Capitol last week.

Dreww, who was a proud participant in the insurrection, took to social media during the melee on Wednesday to boast about being a part of the mob that stormed the Capitol building.

“I just got back from storming the Capitol,” said an energized Dreww. “It was successful. For all you bitches on Facebook going crazy talking about it was Antifa, f*cking being infiltrated, saying it wasn’t us, it was us. We proudly took back our Capitol.”

“God we did it today!” added Dreww. “We did it! It was exhilarating and it felt so f*cking good!”

Kristopher Dreww the “Adorable Deplorable” from Huntington Beach, CA incites people to commit insurrection all across the country, after confessing to his participation in riot in DC today. pic.twitter.com/nzPX6sRlhG

But that was then, this is now and the authorities are now charging the insurrectionists for their actions.

In an interview with the Orange County Register, the self-described ‘Adorable Deplorable’ says “I’m scared, I fear for my life.”

Described as ‘choking back tears,’ he told the Register he drove home from Washington D.C. to Huntington Beach all while receiving ‘death threats from both Trump supporters and detractors.’

The gay Trump supporter says he arrived in Washington on Wednesday morning in time to catch some of Donald Trump Jr.’s address to the mob outside the White House. Following that, he went to his hotel and while waiting for his car to parked by a valet he became aware of the burgeoning insurrection.

The hairdresser says he raced to the Capitol building but instead of going “storming the Capitol,” now he says he sat outside under a tree eating sandwiches with a nurse and a teacher.

Kristopher Dreww the “Adorable Deplorable” from Huntington Beach, CA, seems pretty proud of his insurrection today with a right wing mob in Washington DC and terrorizing the senators, members of congress and workers. pic.twitter.com/hXGNurYRP3

Fearing arrest by the FBI, the ‘Adorable Deplorable’ denies actually taking part in the invasion.

Absent the swagger of his earlier messages, Dreww now says, “I never went inside the Capitol.” Today, he explains the ‘we’ he referred to in his initial video message in regard to taking back the Capitol was a collective ‘we’ and not ‘he.’

“I am a waste of time (for authorities to investigate), but there are other people who did terrible things and should be arrested,” said the 32-year-old in what the Register describes as ‘subdued.’ “I didn’t go to Washington for Donald Trump. I went there for everyone’s vote to count.”

“I do regret not doing my research and not knowing what people were in there,” adds Dreww. “I am proud we took back our house, but I thought we took it back peacefully.”

Dreww also expressed concern for his beauty salon business as his Yelp page is now receiving 1-star reviews from people calling him out as a domestic terrorist.