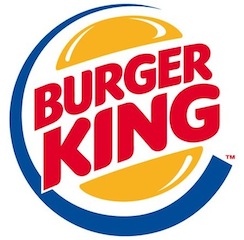 A Hudson County jury has awarded a gay Union City couple $3.15 million after the couple were chased and beaten following a dispute over their order at a Union City Burger King.

From NJ.com: “Violence against anybody, including gay people, cannot be condoned. The jury spoke to this issue,” Nutley attorney James F. Fine of the compensatory and punitive award awarded to Peter Casbar, 43, and Noel Robichaux, 46.

“The manager and a group of angry restaurant employees chased the couple and then mercilessly kicked, beat and spat upon the two men while screaming hate-filled anti-gay invectives,” Fine said in a statement.

In emotional testimony during the trial, Casbar and Robichaux testified saying the dispute with the person taking their order in the 2007 incident became heated and other Burger King workers became involved after the couple left the restaurant.

Speaking of the impact of the attack on Casbar and Robichaux, Fine said “It was devastating to them. We assert this was a gay bashing. They thought that they were going to die.”

The couple alleged they were victims of a violent hate crime and brought the suit under New Jersey’s Law Against Discrimination.

The jury rendered its verdict at 7 p.m. Wednesday and the award includes $1.7 in punitive damages. The $3.15 million must be paid by Food Service Properties Corp. and Union City Restaurant Corp.

Angel Caraballo and Christopher Soto, two employees of the Union City Burger King, have already pleaded guilty to aggravated assault in connection to the attack.