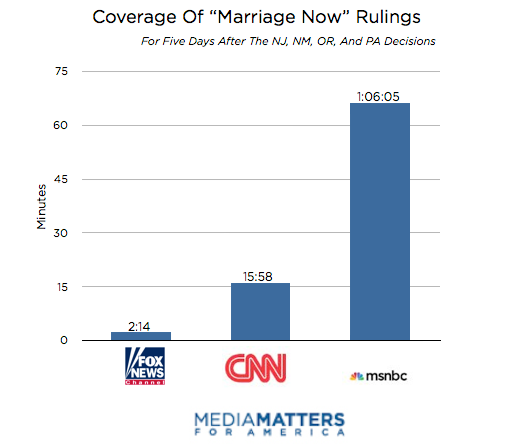 FOX News has no idea that marriage equality is being legalized across the country.

For the four states – New Jersey, New Mexico, Oregon, and Pennsylvania – where same-sex marriage has taken effect as a result of court rulings post-Windsor, Fox News has provided a scant two minutes and 14 seconds of coverage, compared with nearly 16 minutes from CNN and more than an hour from MSNBC:

So much for “fair and balanced.”