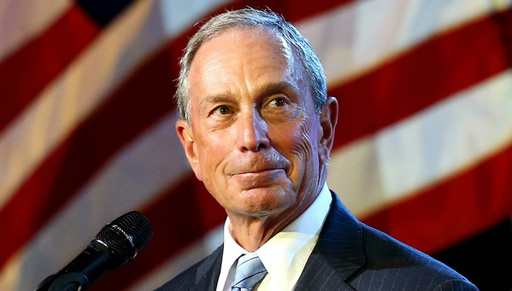 The New York Times is reporting that billionaire and former mayor of New York City, Michael Bloomberg, will speak in prime-time at the Democratic National Convention and endorse Hillary Clinton for president.

The news is an unexpected move from Mr. Bloomberg, who has not been a member of the Democratic Party since 2000; was elected the mayor of New York City as a Republican; and later became an independent.

But it reflects Mr. Bloomberg’s increasing dismay about the rise of Donald J. Trump and a determination to see that the Republican nominee is defeated.

Mrs. Clinton is seeking to reach out to middle-of-the-road swing voters and even moderate Republicans uneasy about Mr. Trump. Polls show that significant numbers of Republicans remain wary of Mr. Trump, and question his fitness for the presidency.

Mr. Bloomberg will vouch for Mrs. Clinton “from the perspective of a business leader and an independent,” said Howard Wolfson, a senior adviser to Mr. Bloomberg.

Mr. Bloomberg, who has been sharply critical of Mr. Trump’s views on immigration and the economy, may fortify Mrs. Clinton’s appeal to the political center.

This will the first time Bloomberg will speak at any political party’s national convention in a political role.  In 2004, the 3-term mayor appeared at the Republican National Convention in his role as mayor of the host city.

Bloomberg considered an independent run for president this election cycle, but chose otherwise out of concern splitting voters might help elect Donald Trump.