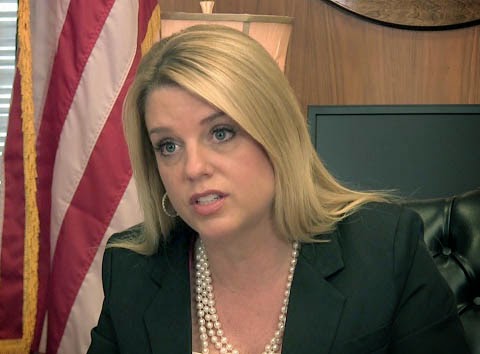 Florida Attorney General Pam Bondi (R) has asked a federal judge to dismiss a lawsuit against the state of Florida filed on behalf of eight same-sex couples seeking recognition of their out-of-state marriages.

With an argument NO state has yet to find successful in court, AG Bondi writes in court documents that recognizing the marriages would “impose significant public harm.”

Bondi’s office also argues that the state has a legitimate interest in defining marriage as between a man and woman. Florida first banned same-sex marriages nearly two decades ago and voters reinforced that ban when they passed a constitutional amendment in 2008.

“Florida’s marriage laws, then, have a close, direct, and rational relationship to society’s legitimate interest in increasing the likelihood that children will be born to and raised by the mothers and fathers who produced them in stable and enduring family units,” Bondi’s office said in court documents.

The state’s legal position also notes that there would be significant financial and logistical problems for the state’s pension and health insurance programs if same-sex marriages were recognized.