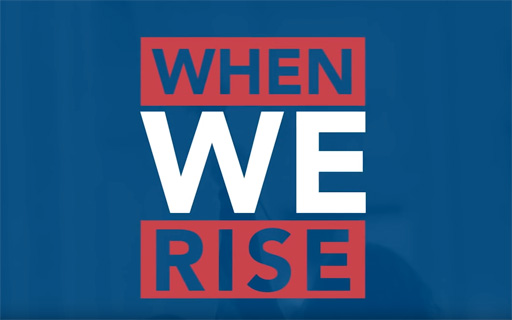 Check out the first look at the highly-anticipated upcoming miniseries, When We Rise, written by Academy Award winner Dustin Lance Black and executive produced by Gus Van Sant.

The eight-part gay rights miniseries seems timely considering the explosion of LGBT advancement over the last 8 years, plus the current turbulent political environment.

“It’s been the honor of my life to research and craft these stories of family, diversity and equality over the past three years,” Black said in a statement. “To have collaborators of this caliber sign on to help bring these stories to life is a tremendous vote of confidence, and I hope a testament to the relevancy and necessity of our continued march toward justice for all.”

When We Rise premieres February 2017 on ABC.