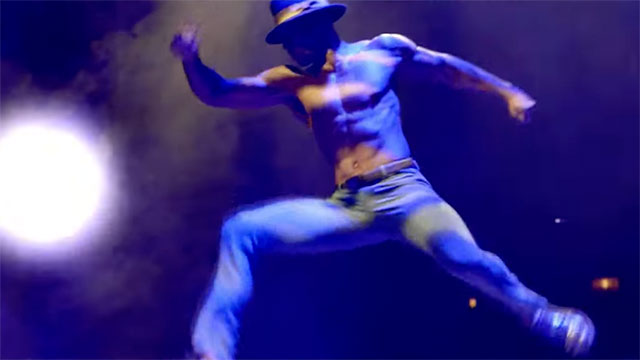 If you’re looking to add a little “magic” to TV viewing, check out the first official teaser for the upcoming HBO Max series, “Finding Magic Mike.”

“The hottest show in Vegas is giving ordinary guys a chance to work their magic,” begins the promo clip.

First announced in April, the new reality competition series aims to transform a group of men who have “lost their magic” into real-life Magic Mikes.

According to the teaser, the men will not only evolve their bodies but also their self-confidence.

Over the course of seven episodes, ten regular guys will be put through the paces of a “Magic Mike Live” bootcamp learning complicated and physically-challenging dance routines.

Along the way the guys will strip down – literally and figuratively – as they “rid themselves of emotional baggage and regain their mojo.” In the end, there will only be one Real Magic Mike.

After becoming a runaway hit, a sequel – Magic Mike XXL – was released in 2015.

And yes, men are welcome at the sexy Vegas production.