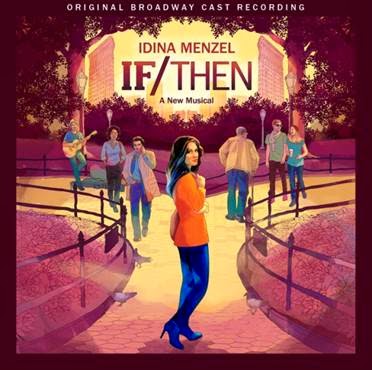 The “First Listen” for the Broadway Cast Recording of If/Then starring Idina Menzel is available now via USATODAY.  Listen to the entire album here.

IF/THEN marks Idina Menzel’s return to Broadway for the first time since winning the Tony Award for Wicked.

IF/THEN follows Idina Menzel’s character, “Elizabeth,” as she rebuilds her life in New York, a city of infinite possibilities. This contemporary musical is set where choice and chance collide. In one moment, Elizabeth will lead parallel lives. This is the story of both.