Hulu has just dropped the new trailer for its upcoming film, Fire Island, bringing with it some big gay summer energy.

In the film, a group of queer best friends gather in the Fire Island Pines for their annual week of love and laughter, but a sudden change of events might make this their last summer in gay paradise.

As they discover the romance and pleasures of the iconic island, their bonds as a chosen family are pushed to the limit.

Inspired by the timeless pursuits from Jane Austen’s classic Pride and Prejudice, the story centers around two best friends (Joel Kim Booster and Bowen Yang) who set out to have a legendary summer adventure with the help of cheap rosé and their cadre of eclectic friends.

It’s nice to see such a diverse cast of actors versus the usual white, affluent-type crowd usually cast in queer films like this. 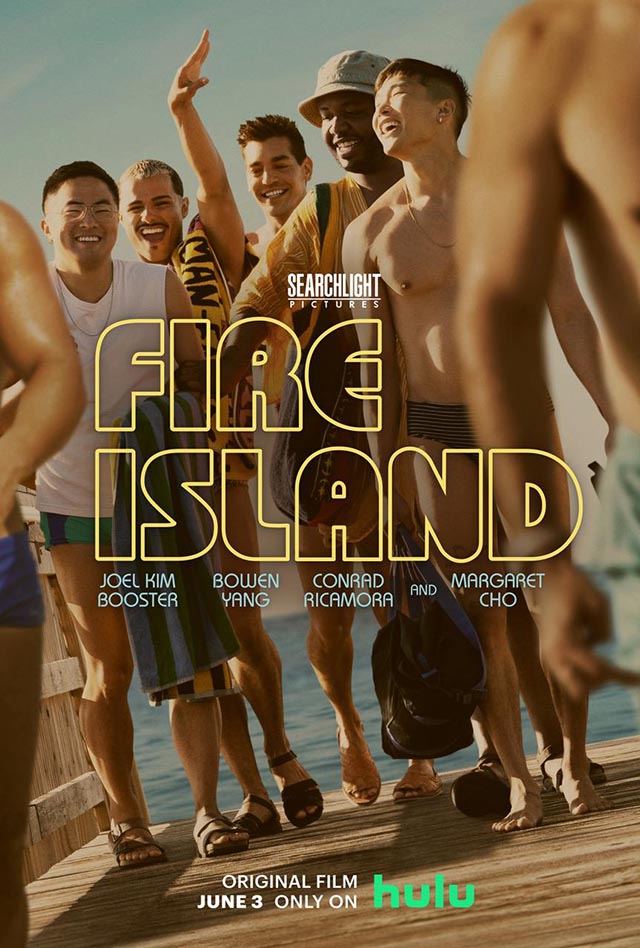