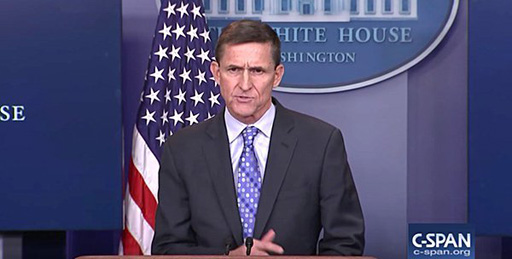 NBC News is reporting today that special counsel Robert Mueller has all the evidence he needs to bring charges against from National Security Adviser Michael T. Flynn and his son.

Michael T. Flynn, who was fired after just 24 days on the job, was one of the first Trump associates to come under scrutiny in the federal probe now led by Special Counsel Robert Mueller into possible collusion between Moscow and the Trump campaign.

The investigators are speaking to multiple witnesses in coming days to gain more information surrounding Flynn’s lobbying work, including whether he laundered money or lied to federal agents about his overseas contacts, according to three sources familiar with the investigation.

Mueller’s team is also examining whether Flynn attempted to orchestrate the removal of a chief rival of Turkish President Recep Erdogan from the U.S. to Turkey in exchange for millions of dollars, two officials said.

Flynn’s son, Michael G. Flynn, who worked closely with his father, accompanied him during the campaign and briefly worked on the presidential transition, could be indicted separately or at the same time as his father, according to three sources familiar with the investigation.

If the elder Flynn is willing to cooperate with investigators in order to help his son, two of the sources said, it could also change his own fate, potentially limiting any legal consequences.

Watch more from NBC News below:

More on our NBC News exclusive on Mueller, Flynn, and Flynn’s son https://t.co/nUkafdWSMq

Should this all actually happen, it would pretty much be the definition of irony, no?

BREAKING: Mueller has the evidence to bring charges against Flynn.

Remember when he said Clinton should be in jail?pic.twitter.com/MnqOgCOkcn— Mikel Jollett (@Mikel_Jollett) November 5, 2017