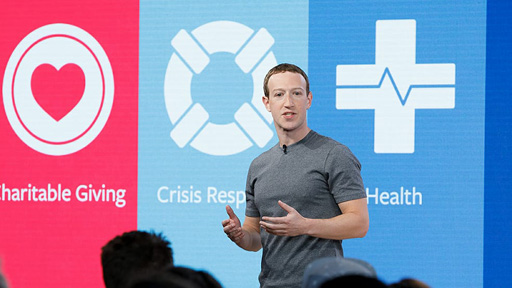 Facebook CEO Mark Zuckerberg, in a lengthy post on (where else?) Facebook, apologized for mistakes made by his company and outlined steps the social media giant plans to take for protect user data in the aftermath of the Cambridge Analytica debacle which revealed millions of users data was “harvested” for political use by folks working on behalf of the Trump campaign.

We have a responsibility to protect your data, and if we can’t then we don’t deserve to serve you. I’ve been working to understand exactly what happened and how to make sure this doesn’t happen again. The good news is that the most important actions to prevent this from happening again today we have already taken years ago. But we also made mistakes, there’s more to do, and we need to step up and do it.

I started Facebook, and at the end of the day I’m responsible for what happens on our platform. I’m serious about doing what it takes to protect our community. While this specific issue involving Cambridge Analytica should no longer happen with new apps today, that doesn’t change what happened in the past. We will learn from this experience to secure our platform further and make our community safer for everyone going forward.

I want to thank all of you who continue to believe in our mission and work to build this community together. I know it takes longer to fix all these issues than we’d like, but I promise you we’ll work through this and build a better service over the long term.

After a detailed timeline of how Zuckerberg sees the Cambridge Analytica debacle, the CEO listed steps to be taken including:

• Conducting full audits of apps with suspicious activity and/or access to large amounts of data.

• Making it easier to know which apps you’ve actually given access to.

According to reports, Facebook’s stock has taken a $50 billion hit since news of the Cambridge Analytica saga was made public.

Folks have also noticed that Zuckerberg has sold lots of his own stock in recent weeks.

“We have a responsibility to protect your data, and if we can’t then we don’t deserve to serve you.” pic.twitter.com/z2j5vxYquX

—Facebook and Mark Zuckerberg did NOT care until a whistleblower went public four days ago— Pé Resists (@4everNeverTrump) March 21, 2018

Zuckerberg has sold more Facebook stock in the last 3 months than any insider at any other company#WednesdayWisdomhttps://t.co/V25TVPNVho— Holly Figueroa O'Reilly (@AynRandPaulRyan) March 21, 2018