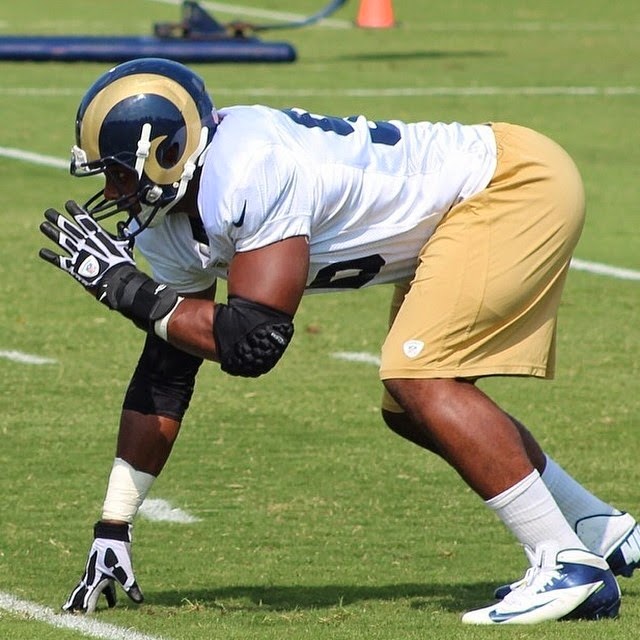 ESPN goes deep into the St. Louis Rams preseason camp to discover the real stories – like, how’s it going with Michael Sam in the showers…?

During an afternoon SportsCenter broadcast, ESPN’s Josina Anderson reported that an anonymous Rams player told her that “Sam is respecting our space” when it comes to the shower, perhaps waiting so as not to make some of his teammates feel uncomfortable.

Two other players who actually put their name to statements — defensive tackle Kendall Langford and linebacker Alec Ogletree — told Anderson that they “weren’t tracking” Sam’s shower habits, which seems like the natural response to such a question.

But no one got to the truth so succinctly as Rams defensive end Chris Long, who tweeted: 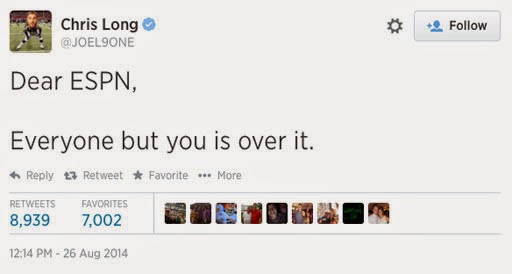 Clearly, ESPN is trying to create a story where there is none. Just about everyone has moved on from the “gay man in an NFL locker room” angle.

You can watch “report” from ESPN below: