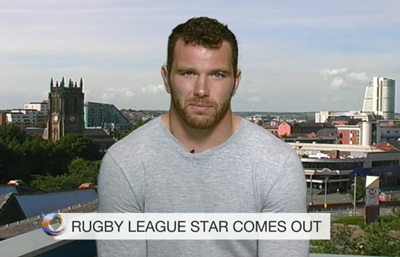 The captain of Rugby League Championship side Batley Bulldogs, Keegan Hirst, talks with BBC2 about why he has decided to announce publicly that he is gay.

Keegan Hirst hopes his decision will encourage other rugby league players to speak openly about their emotions.

“I just thought it was a phase … it was inconceivable for me to be gay… but it was time to be true to myself.”