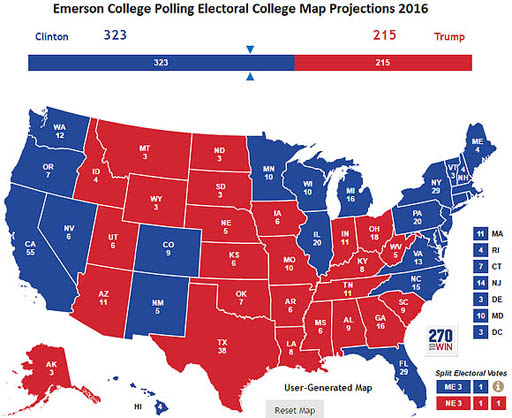 Emerson College Polling predicts that Hillary Clinton will win the White House in a landslide victory.

Using polling results from it’s own recent surveys plus polling averages from RealClearPolitics for state where they did not poll, the pollsters project that Hillary will win 323 votes in the Electoral College, leaving Donald Trump only 215 votes.

This matches just about where most pundits were predicting before the “Comey Intrusion” ten days ago.

Additionally, the prediction says Democrats will prevail in at least four Senate races which would be enough for the Dems to regain control of the Senate, with Vice-President Kaine to vote as tie-breaker.