Leite, a member of the centrist Brazilian Social Democracy Party, defeated Onyx Lorenzoni of the right-wing Liberal Party (and soon-to-be former President Jair Bolsonaro’s former chief-of-staff) by a vote of 57 to 43 percent. 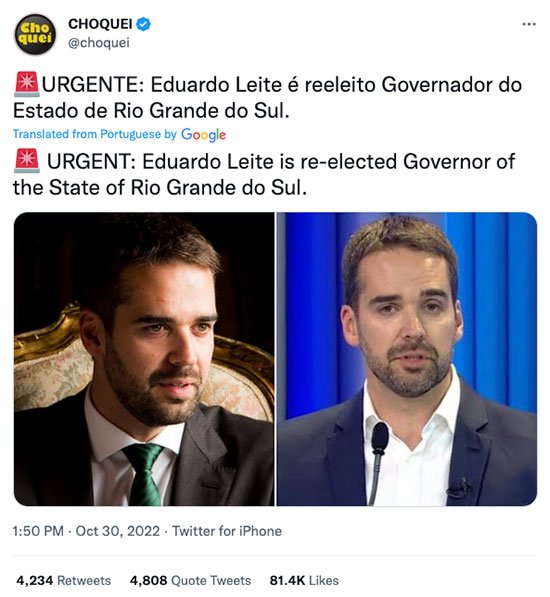 Leite was first elected governor of Brazil’s southernmost state in 2019. He came out in July 2021 during an interview with a late-night talk show host.

In 2018, Leite endorsed Bolsonaro in spite of his virulently anti-LGBTQ rhetoric including opposition to marriage equality. The memory of his endorsement became a point of debate when he came out in 2019. Since that time, Leite has sharply criticized Bolsonaro over his woeful mishandling of the COVID-19 pandemic in Brazil.

More from the Washington Blade:

Leite is one of the 324 openly LGBTQ candidates who ran in this year’s gubernatorial, state legislative, congressional and presidential elections.

Fábio Felix, a gay member of the Socialism and Liberty Party who is a member of the Federal District’s Legislative Chamber in Brasília, the country’s capital, also won re-election on Oct. 2. 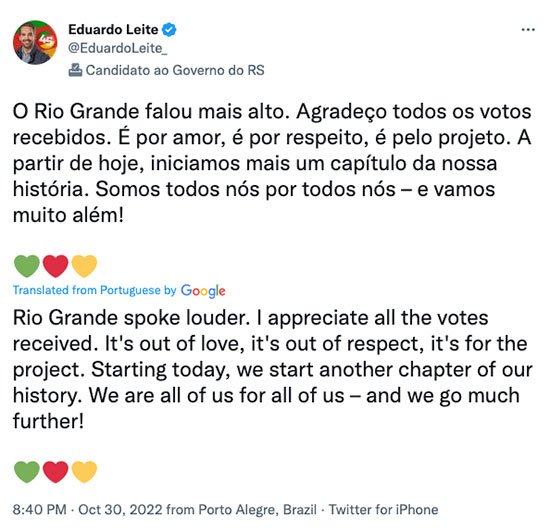