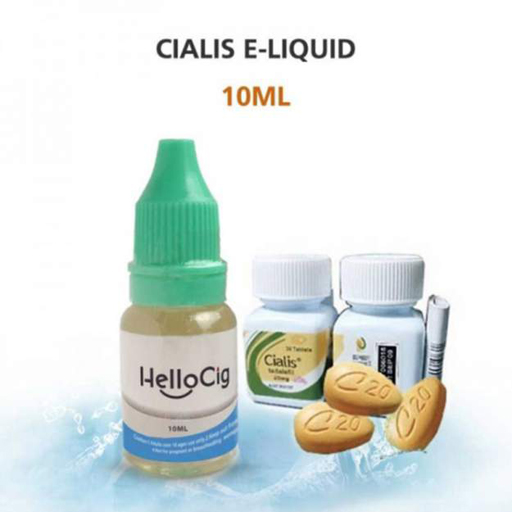 We all know how popular vaping and e-cigarettes are these days, especially with young folks.

They even featured images of the brand name drugs, like Cialis and Viagra, in ads.

First of all, no vaping products are approved to contain prescription drugs.

The Food & Drug Administration’s Commissioner, Dr. Scott Gottlieb, on October 11 noting that “there are no e-liquid products approved to contain prescription drugs or any other medications that require a doctor’s supervision.”

“Prescription drugs are carefully evaluated and labeled to reflect the risks of the medications and their potential interactions with other medicines, and vaping active drug ingredients is an ineffective route of delivery and can be dangerous,” added Gottlieb. “There are no e-liquids that contain prescription drugs that have been proven safe or effective through this route of administration.”

The FDA reportedly tested HelloCigs e-liquids and found tadalafil (Cialis) and/or sildenafil (Viagra) in the products.

According to , the FDA has threatened HelloCig with “civil money penalties, criminal prosecution, seizure, and/or injunction” if HelloCig didn’t recall the products within 15 days.

Not only is it dangerous to put controlled drugs in products folks just buy at will, but think how this could impact young people thinking its “cool” to play with these drugs.

Gottlieb declared last month that vaping among young people has “reached nothing short of an epidemic proportion of growth.”

“I use the word epidemic with great care,” he wrote. “E-cigs have become an almost ubiquitous – and dangerous – trend among teens.”

It’s also worth noting that when folks are vaping, its a kind of casual puff here, puff there. How would you even know how much Viagra or Cialis you’re putting in your system? Next thing you know, you find yourself sitting in an emergency room with an erection that won’t go down.

Folks, there’s nothing wrong with using erectile dysfunction drugs. Just do it safely.