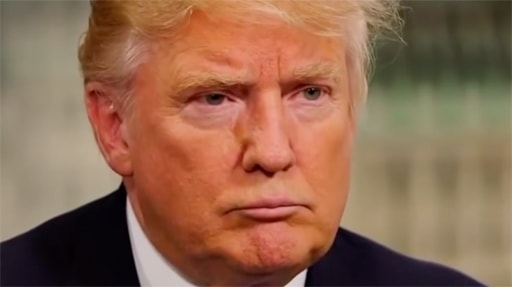 Apparently, Donald Trump wasn’t paying attention when he swore to uphold the U.S. Constitution during his inauguration.

President Trump asserted on Sunday that immigrants who crossed into the United States illegally should be sent back immediately without due process or an appearance before a judge, an escalation of his attacks on the judicial system.

It was another twist in an already head-spinning series of developments on immigration after the president reversed a policy last week that had resulted in the separation of more than 2,300 children from their families.

The call to abandon due process on Sunday in some ways echoed part of his executive order, which seeks to detain immigrant families indefinitely, a stance that courts have said violates the rights of the children. But on Sunday, Mr. Trump went further, saying no judges at all were needed to process immigration cases.

The ACLU responded to Trump’s call to eliminate due process for migrants: “What President Trump has suggested here is both illegal and unconstitutional. Any official who has sworn an oath to uphold the Constitution and laws should disavow it unequivocally.”

We cannot allow all of these people to invade our Country. When somebody comes in, we must immediately, with no Judges or Court Cases, bring them back from where they came. Our system is a mockery to good immigration policy and Law and Order. Most children come without parents…

….Our Immigration policy, laughed at all over the world, is very unfair to all of those people who have gone through the system legally and are waiting on line for years! Immigration must be based on merit – we need people who will help to Make America Great Again!

If Trump can deny due process to those allegedly here unlawfully, ICE can grab YOU, allege you aren’t a citizen & deport you w/out a hearing

To everyone who has tweeted back, “Not me, I can PROVE I’m a citizen” — you miss the point. Without due process, who will you “prove” it to? Where will you show your proof? A right to a hearing / judicial review protects ALL of us. https://t.co/6vfJckx4Uu

#SCOTUS has been clear that everyone has a right to a “judge and court case” since at least 1886.https://t.co/0uFeANAuN2