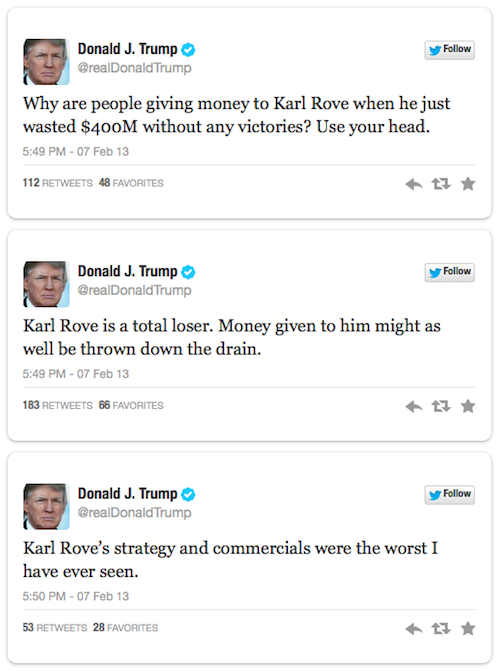 In his tweets, Trump made it clear that he’s siding with the tea party faction in the quarrel, calling Rove a “total loser” and questioning the wisdom of donating money to Rove’s new group, the “Conservative Victory Project.”