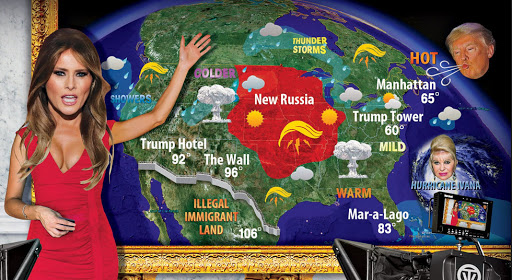 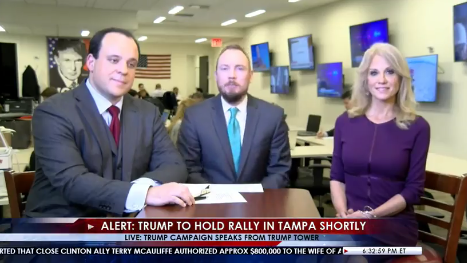 Starting tonight at 6:30PM ET, Donald Trump will begin streaming a live “show” via Facebook Live that could well be the forerunner of a future TRUMP TV.

The live-stream will be hosted by Boris Epshteyn, a senior adviser to the campaign, Tomi Lahren, a conservative commentator for Glenn Beck’s TheBlaze, and Cliff Sims, another Trump adviser. Tonight’s “premiere” will feature interviews with Trump campaign manager KellyAnne Conway and adviser Jason Miller.

The series, which will stream Trump’s rallies directly each night and feature pre-and post-event commentary, comes on the heels of the campaign’s debate night Facebook Live last week, which brought in more than 9 million views.

Members of the media quickly seized on the event, calling it a test drive for Trump TV, the post-election television network that Trump is rumored to be considering in the event he loses in November. Despite reports that his son-in-law has been talking to media dealmakers about Trump TV, Trump himself has denied he has any interest in such a thing.

Epshteyn says this nightly Facebook Live stream is simply a way for the campaign to circumvent the mainstream media Trump so publicly loathes. “We all know how strong the left wing media bias is. This is us delivering our message to voters,” he says. “It has nothing to do with Trump TV. It’s about using 21st century technology and communication in a way that’s effective.”

You have to wonder if Trump will evolve into the new “Baghdad Bob…?”