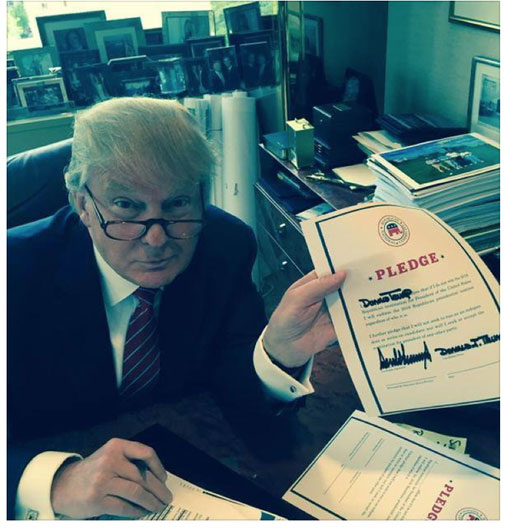 After meeting with Republican National Committee chairman Reince Priebus, GOP White House hopeful Donald Trump agreed to sign a (non-binding) pledge to not run as an independent candidate in the 2016 presidential campaign.

“I will be totally pledging my allegiance to the Republican Party and the conservative principles for which it stands,” said Trump.

“I further pledge that I will not seek to run as an independent or write-in candidate nor will I seek or accept the nomination for president of any other party.”

At the first 2016 GOP debate, Trump was the only candidate to raise his hand when asked if anyone would not commit to such a pledge. Trump maintains that his reticence is based purely on his desire to be treated “fairly” by the Republican Party.