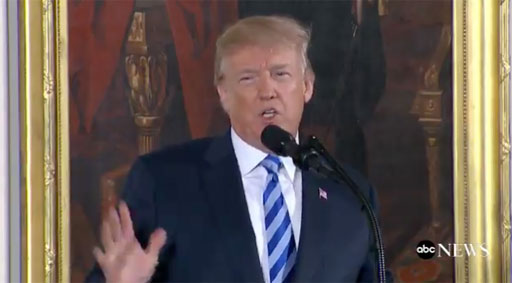 President Trump ordered the Justice Department on Tuesday to propose regulations to ban so-called bump stocks, which can convert a semiautomatic gun into an automatic weapon like the one used last year in the massacre of concertgoers in Las Vegas.

Speaking at the White House days after a mass shooting at a Florida high school that killed 14 students and three teachers, Mr. Trump said that he had directed Attorney General Jeff Sessions to develop the regulations, saying that the step would help prevent future mass shootings.

The White House had said last year that the Bureau of Alcohol, Tobacco, Firearms and Explosives was performing a review of whether it could regulate bump stocks after the shooting in Las Vegas, which killed dozens of people. Even as Mr. Trump was speaking on Tuesday, a bureau official told a reporter that the review was continuing.

But the president said that he had signed a memorandum on Tuesday effectively short-circuiting that review.