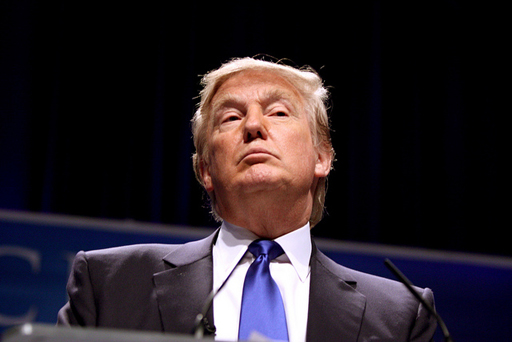 Just hours before Super Bowl LII, Donald Trump issued a statement recognizing the national event but made it clear he didn’t want to see players kneel during the National Anthem.

“As many Americans come together to watch the Super Bowl, Melania and I extend our greetings and appreciation for those who make occasions like this possible, particularly the brave men and women of our Armed Forces.

Though many of our Nation’s service members are unable to be home with family and friends to enjoy this evening’s American tradition, they are always in our thoughts and prayers. We owe these heroes the greatest respect for defending our liberty and our American way of life. Their sacrifice is stitched into each star and every stripe of our Star-Spangled Banner. We hold them in our hearts and thank them for our freedom as we proudly stand for the National Anthem.

We send our best wishes for an enjoyable Super Bowl Sunday. May God bless and protect our troops, and may He continue to bless the United States of America.”

As everyone knows, NFL players kneeling during our National Anthem had not ever been about disrespecting our flag or anthem; it was to call attention to injustices against African-Americans.

During a speech in September last fall, Trump called players who kneel during the anthem “sons of bitches.”

See the statement below. 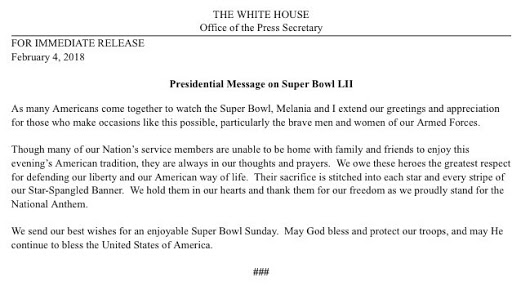