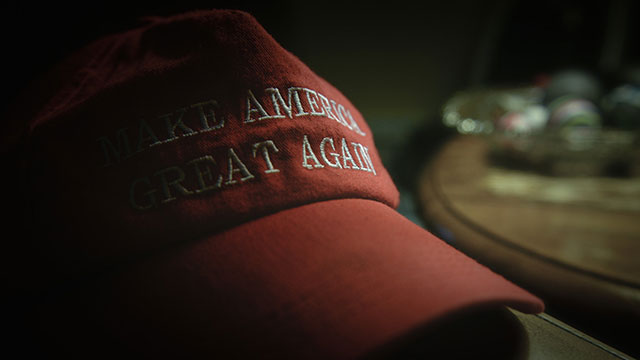 A 21-year-old bisexual Trump supporter spent the majority of 2020 impersonating relatives of Donald Trump on Twitter and in doing so appears to have scammed thousands of dollars from LGBTQ Trumpers.

Hall not only fooled hundreds of thousands of Trump fans – collectively accruing over 160,000 followers – but even tricked Trump himself, who just last month posted an article about his ‘sister’ who had announced she was joining Twitter to support her brother’s fight to overturn the 2020 presidential election.

In an interview with the New York Times, Hall admitted he was stunned to have fooled Trump. “I was like, ‘Oh, my goodness. He actually thinks it’s his sister.”

Hall shared with the Times that he became interested in politics and Donald Trump four years ago. “I kind of thought he was like a clown at first,” he said. “But the more I heard him talk, I realized: Yeah, he says kind of off-the-wall things, but I do agree with what he’s saying.”

Energized by Trump’s heated rhetoric, Hall began to dream of becoming a conservative talk-radio host. In an attempt to develop an online presence, he fought with liberals on Twitter and launched a “public figure” page on Facebook.

He also self-published a short e-book titled Hall Nation which shared his “38 essential rules” for living a happy life. As a Trump supporter, the first rule isn’t surprising: “Insults are a good thing.”

In real life, Hall apparently found it difficult to hold down a job moving from hotel clerk to sandwich maker, and eventually delivering food for Door Dash.

But online, he was learning to establish a small following. That journey was curtailed when he found himself banned from Twitter for creating multiple accounts as different people. “Once I got banned from Twitter, my attitude was kind of like, ‘What the hell, I’m just going to have fun now,’” he told the Times.

So, he began creating fake accounts posing as well-known people in the political sphere.

He started with a parody account of former Illinois Gov. Rod Blagojevich who had received a pardon from Trump. That account garnered upward of 26,000 followers before it was deleted by Twitter.

Hall returned with more accounts pretending to be Dr. Birx from the White House Coronavirus Task Force at one point, and then Trump’s brother, Robert.

Through all of this, Hall claims “There was no nefarious intention behind it. I was just trying to rally up MAGA supporters and have fun.”

It was during his fake “Robert Trump” phase that he used the account to promote his own new Twitter account, @TheBiTrumpGuy, and his fake group, “Gay Voices for Trump.”

He even encouraged Trumpers (as “Robert Trump”) to donate to a GoFundMe campaign organized by Hall that was purported to support “field organizing, events and merchandise.” The fundraiser brought in $7,384.

Hall says he “never got the funds” from the crowdfunding campaign, but GoFundMe tells the Times the money was withdrawn by an account named Josh H.

Head over to the New York Times to read the full accounting.