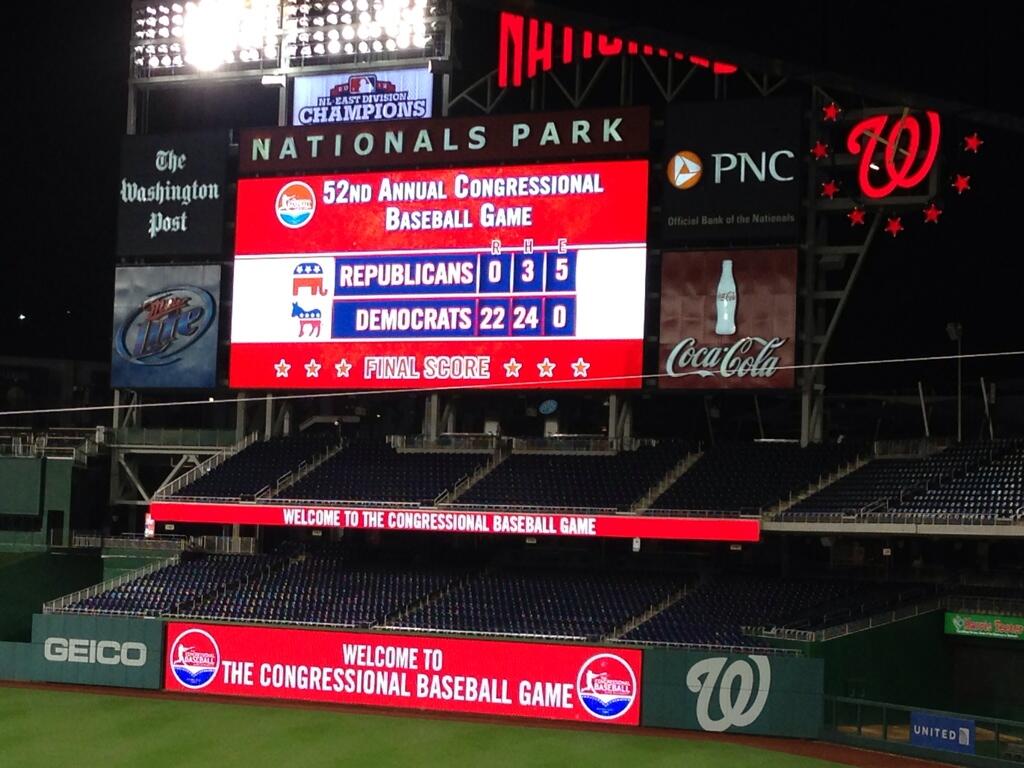 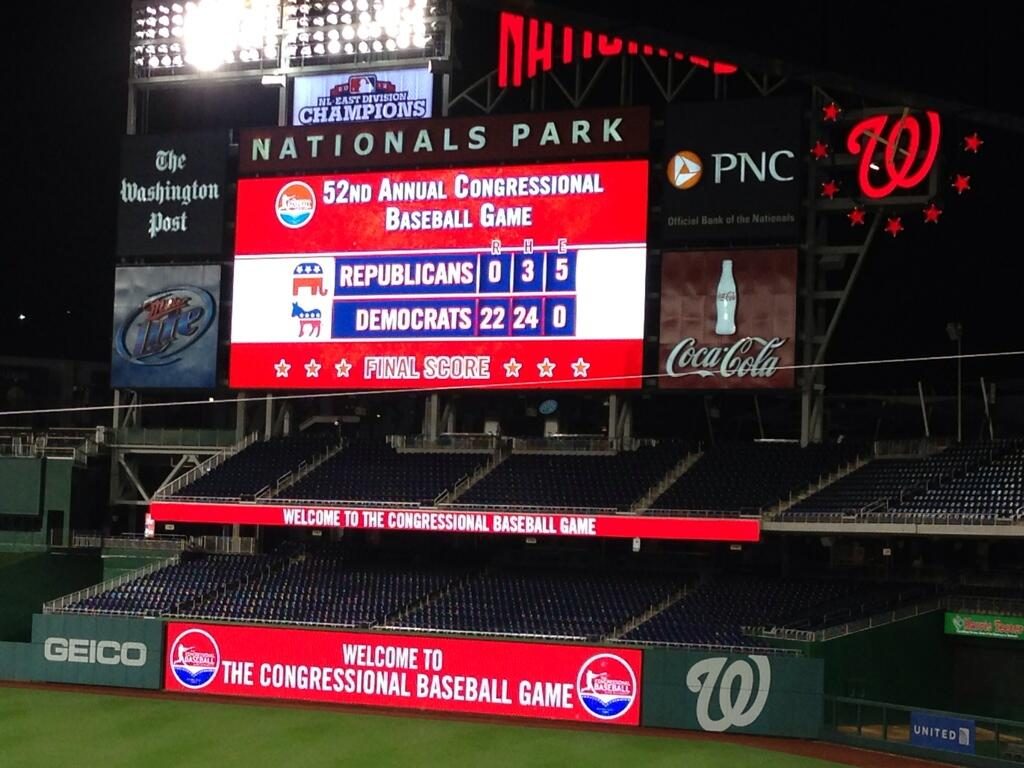 Just when it seemed the partisan bickering couldn’t get any worse in Washington, the Democrats clobbered Republicans Thursday night at the 2013 Congressional Baseball Game.

Conservatives suffered an embarrassing loss, 22-0, handing their colleagues across the aisle an easy victory, which marks the Dems fifth win in a row.

Politicians in the legislative branch took the field at Nationals Park, relieved that the show could go on despite rainy conditions earlier in the day.

Republican House Speaker John Boehner tried to rally up his GOP troops before the game, “It’s time for us to win,” he told the team.

This year’s game raised over $300,000 for The Washington Literacy Center, The Boys and Girls Club of Greater Washington, and The Nationals Dream Foundation.