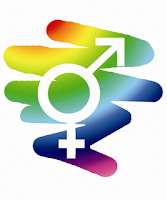 Delaware Gov. Jack Markell on Wednesday signed a bill that will add gender identity and expression to his state’s anti-discrimination and hate crimes laws.

The state Senate by an 11-9 vote margin earlier in the day approved an amended version of Senate Bill 97 that passed in the Delaware House of Representatives on Tuesday.

Sixteen states and D.C. currently have trans-inclusive anti-discrimination laws.  Thirteen of those states and the nation’s capital have also added gender identity and expression to their hate crimes statutes.