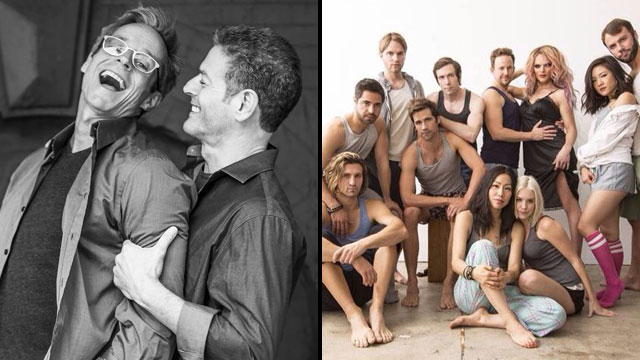 The nominees for the 47th Annual Daytime Emmy® Awards were announced on Thursday with some big love to LGBTQ-themed work and artists.

While RuPaul’s Drag Race alum Willam isn’t the first drag queen to receive an Emmy nod, I believe this is the first time a drag performer has received a nomination in an acting category.

Y’all! @eastsiderstv has been nominated for 8 DAYTIME EMMY AWARDS, including Digital Drama, Writing, Supporting Actor for @willam and @beleith, Guest Performer for @mslinshaye, Casting, Costume Design and Makeup! Congrats to everyone on all your hard work!! pic.twitter.com/m9mTKfaXJi

Congratulations to @willam for being nominated for an EMMY for Best Supporting Actor in a Digital Drama Series for @EastSidersTV! Such a hilarious and heartfelt performance, in and out of drag. Is this the first time a drag queen has been nominated in an acting category?! 💙💙💙 pic.twitter.com/Rm8INTrIzR

So proud of our AFTER FOREVER cast & crew on the magnificent 6 Daytime Emmy Nominations for Season 2 including Outstanding Digital Drama Series!@DaytimeEmmys @PrimeVideo @bingenetworks #Emmys2020 pic.twitter.com/sEZqJxl1en

Mary Beth Peil on joining the cast of AFTER FOREVER in Season 2: “I think the series is quite impressive, not just the story that they are telling but every one of us can relate to losing people,” she added. “It establishes a tone that is very unique and hard to describe. It allows everything to unfold naturally.” Read all about it in @digitaljournal & catch up on the series available on Amazon. #lgbtcommunity #lgbtpride #awardwinning #lgbt #laindiefilmfest #iawtvawards #outonfilmatlanta #outonfilm #accoladecompetition #loveandloss #gay #gaypride #watchnow #bingewatching #bingewatch #gsff2019 #daytimeemmys #indieseriesawards #emmys #emmywinner #afterforevertheseries #amazonprime #bingenetworks #kevinspirtas #mitchellanderson #filmnyc #nyc #marybethpeil

And the innovative lip-sync documentary Stonewall Outloud, which utilized rare recordings of people who experienced the Stonewall uprising in 1969, received a nod for Outstanding Direction – Special Class.

Since 1974, the Daytime Emmy® Awards have recognized outstanding achievement in daytime television programming. The awards are presented to individuals and programs broadcast between 2:00 am and 6:00 pm, as well as certain categories of digital and syndicated programming of similar content.

This year’s nominations were culled from more than 2,700 submissions and judged by a pool of 1,000 peer professionals from across the television industry.

Awards will be presented in leading categories during the telecast, with recipients and other special guests appearing from home in light of the COVID-19 pandemic.

You can find the full list of nominees at TheEmmys.tv.

In case you missed it, you can check out my exclusive interview with the Emmy Award-winning co-creators of After Forever, Michael Slade & Kevin Spirtas, below.