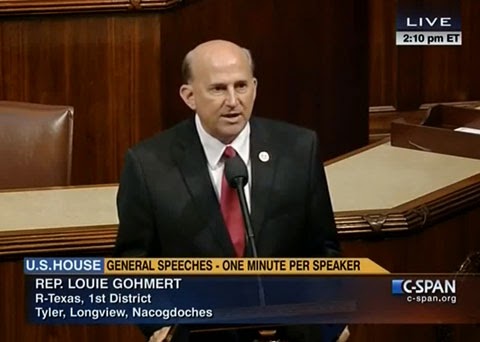 In a speech on the floor of the House of Representatives, Texas congressman Louie Gohmert demands that the United State bomb Iran.

“It is time to cut off every dime of American money going to anyone who has any kind of relationship with Hamas or those killing in the Middle East, and especially in Israel,” said Gohmert. “It is time to bomb Iran’s nuclear capabilities,” Gohmert concluded.

“It is time for the United States, if we are not going to stop Iran’s nukes, then let Israel do it. A friend will not put another friend in this kind of jeopardy.”