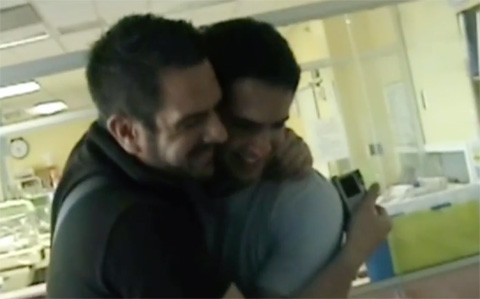 I guess you add another name for the haters to attempt to boycott.

Dove Men+Care has announced a new Father’s Day campaign – “First Fatherhood Moments” – that utilizes video clips of the first moment real dads’ (including a gay couple) realize they will soon be fathers.

Becoming a dad is a transformative experience – we found that 82% of men globally believe that having a child changes the way they think about what it means to be a man – and our new film celebrates the emotional strength 13 real men openly express upon learning they’re going to be a dad for the first time.

Ian and Darryl Colvin: the gay new dads embrace one another as they set eyes on the newborn baby boy they never thought they’d have, for the first time.