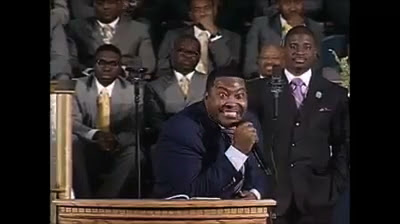 According to Christian Post, last the viral video of Pastor E. Dewey Smith vigorously denouncing those who would judge LGBTs over same-sex marriage was never meant to imply the church nor the pastor supports same-sex marriage.

That clip was posted without our knowledge by someone who was in attendance and gives absolutely no context concerning the overall message.

Since that time enumerable media outlets have posted the clip with captions best suited for their journalistic and editorial priorities.

It’s important to know that the descriptions of the posted sermon clip are not the opinions of E. Dewey Smith Jr.

By no means is Smith now, nor has he ever been a proponent of same-sex marriage. Smith has always believed and taught that marriage is only designed for a man and a woman.

This reality was clearly stated during the sermon but not included for some reason by the person who posted the clip. Smith believes that same-sex marriage isn’t the Will of God.

Many publications have tried to present the message as affirmation of equal rights for the LGBT community. Regardless of how the clip is ‘bent’ that was not the content nor intent of the message.

You can view the video of the now-famous rant here.