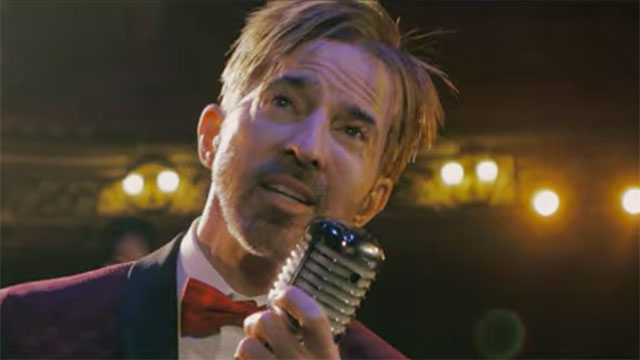 UK pop star LIMAHL offers his latest for the holidays, the romantic and sublime “One Wish For Christmas.”

The holiday-themed track is an update to his “London for Christmas” (originally released in 2012), reflecting the effect that the COVID-19 pandemic has had.

“I was very happy with the song and as usual was planning to re-release it as is,” says the singer. “However, this year during COVID, I was thinking about the lyrics and how they’ll have more value/poignancy because they talk about the many things we’re all unable to do, such as travel/tourism, romantic hotel/city break, cocktail bar, theatre, etc.”

Filmed in Watford, England’s historic Palace Theatre which was built in 1908, the video for “One Wish For Christmas” features Limahl performing the song with a septet of musicians adding the orchestral flourish.

“Like most venues, it is currently closed due to COVID and on filming day, we all had to wear masks between takes,” explains Limahl.

The veteran singer’s vocals shine bright with effortless wistful warmth as two dancers imagine a possible romance in a series of dances performed beautifully by Grace Loader and Reece Darlington-Delaire.

Check out ‘One Wish For Christmas’ from LIMAHL below.