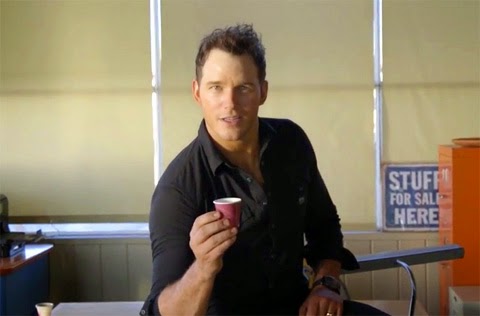 Hunky Hollywood “It” man Chris Pratt is currently promoting his upcoming (and soon to be HUGE hit movie) Jurassic World.

During a “behind the scenes” with Pratt for a GQ Magazine photo shoot, someone thought it would be fun to ask the hunkster for acting tips. At issue, however, was the fact that Pratt had a few shots of Fireball whiskey to loosen up for the shoot.

“The truth is, it’s hot as hell. And I’m drunk,” admitted Chris with a mischievous grin.

Pratt asked for more shots, and talked away, to hilarious results.