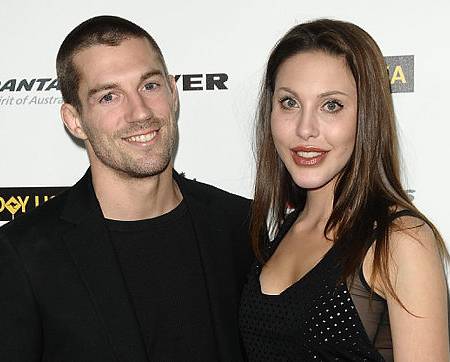 Chloe Lattanzi has revealed that she is still planning on marrying her fiancé James Driskill.

The Australian singer, whose mother is Grease star Olivia Newton-John, was believed to have called the wedding off after discovering that Driskill was still married and living with his first wife, but has now insisted that she didn’t feel “deceived” by him.

Lattanzi told OK! magazine: “The engagement is so on. We have had to postpone [the wedding] until [his] divorce comes through. I love him and [the scandal] wasn’t enough to throw out a whole life together. [There’s] no trust lost at all, since I was not deceived. My love goes beyond words or explanation.”

Driskill added: “Chloe understood right off the bat that it was not deliberate and that she had no reason to doubt my love for her. I told Chloe that I still lived with my ex-girlfriend and that I was moving out soon. I didn’t tell her that we were married and that was a mistake. Eventually, I had to tell her.”

Lattanzi continued by saying she found it “horrible” to discover that a so-called friend of hers had leaked the story about Driskill’s wife to the media.

“Whoever did this is no friend of mine,” she said. “I was deeply hurt, because the most wonderful man in my life was portrayed inaccurately.”
(via digitalspy)