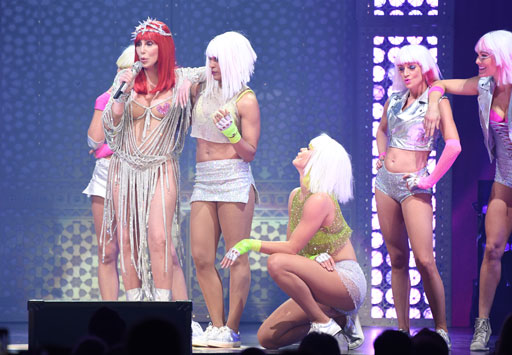 Cher launched her Here We Go Again concert tour last night at the Ester Germain Arena in Estero, Florida, and we’ve got the pics to prove it.

The Grammy Hall of Famer did not disappoint fans with show-stopping renditions of her biggest hits including “Believe,” “Woman’s World,” and “If I Could Turn Back Time.”

She also reached back to her early hits with video duets of “The Beat Goes On” and “I Got You Babe” with then-husband Sonny Bono.

Plus, the setlist included selections from her ABBA cover album Dancing Queen like “Waterloo,” “SOS” and “Fernando.”

And it wouldn’t be a Cher extravaganza without costumes, costumes and more costumes.

Naples News reports that between songs the diva offered personal insights including the fact that she never felt any industry respect until she snagged that Oscar for Moonstruck, telling the audience, “I’ve never been accepted by singers as a singer, and actors don’t think I’m an actor.”

The diva is accompanied on this tour by special guests Nile Rodgers & Chic, who released their first album in 26 years last September titled It’s About Time.

This concert tour follows the 72-year-old’s busy 2018 which included a featured role in the ABBA-tastic movie musical, Mamma Mia! Here We Go Again, an entire studio album of ABBA cover songs, plus opening The Cher Show on Broadway, a new musical based on her life story.

Check out more pics from opening night below, and click here to complete tour dates.

The Here We Go Again tour continues through May 18. 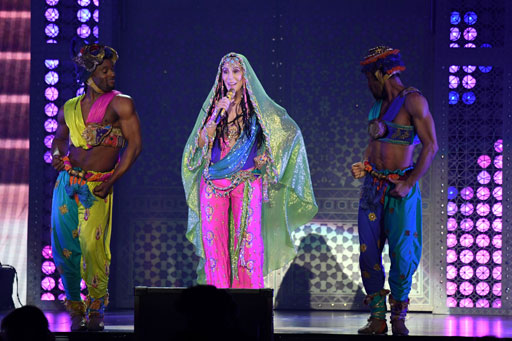 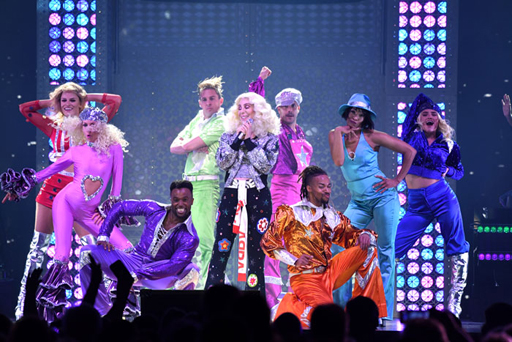 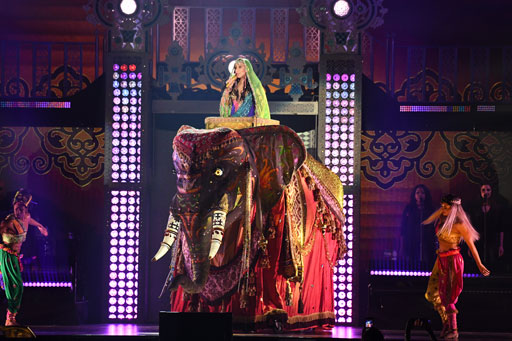