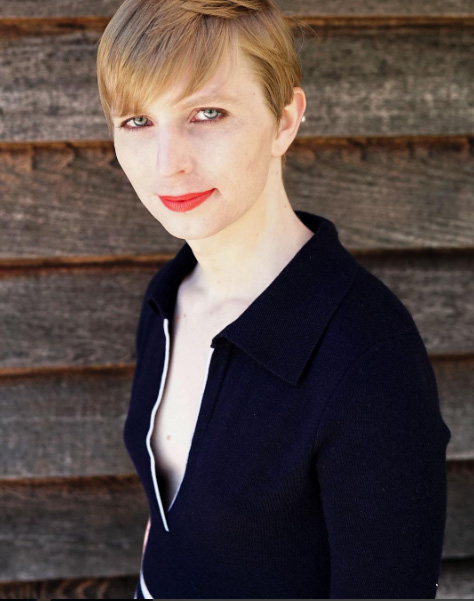 One day after her release from Fort Leavenworth where she spent 7 years in confinement, Chelsea Manning posted her first self-pic for the world with the caption, “Okay, so here I am everyone!! 😜 . . #HelloWorld.”

In advance of her release yesterday, she told ABC News, “I appreciate the wonderful support that I have received from so many people across the world over these past years. As I rebuild my life, I remind myself not to relive the past. The past will always affect me and I will keep that in mind while remembering that how it played out is only my starting point, not my final destination.”

Manning had been sentenced to 35 years in prison for releasing approximately 750,000 documents to WikiLeaks.

One of President Obama’s final acts before leaving office was to commute her sentence.