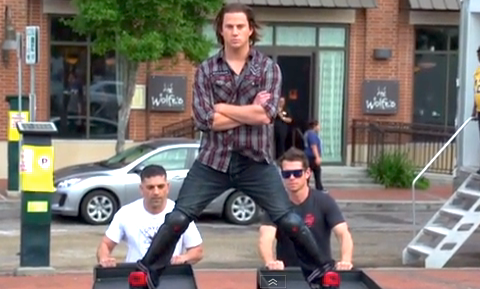 Channing Tatum recently filmed a spoof of Jean-Claude Van Damme’s epic split ad for Volvo while on the set of 22 Jump Street, the upcoming film sequel to 21 Jump Street.

The spoof features Channing in character as undercover cop Greg Jenko standing on top of two food carts while being pushed along by crew members.