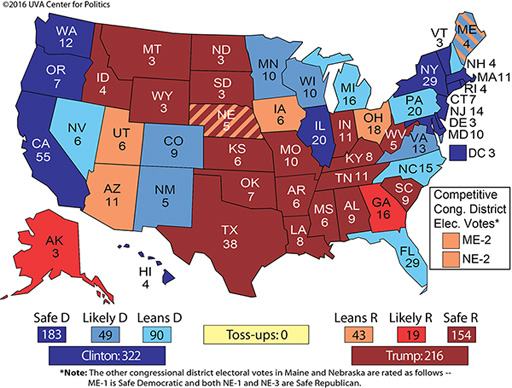 Larry Sabato, of University of Virginia’s respected Center for Politics, is predicting Hillary Clinton will become the nation’s 45th president by winning 322 electoral votes, well past the required 270 votes.

“Not even on Clinton’s worst campaign days did we ever have her below 270 electoral votes,” the team at University of Virginia wrote.

The team predicts that Clinton will win Tuesday with 322 electoral votes compared to Trump’s 216 and that the U.S. Senate will be tied 50-50 with Vice President Tim Kaine serving as its tie breaker.

Despite some wobbles along the way, we’ve favored Hillary Clinton as the 45th president of the United States ever since we did our first handicapping of the Clinton vs. Donald Trump matchup back in late March. The edge we had for her back then has eroded a little bit at the end — we had her as high as 352 electoral votes, and in the final tally we have her down to 322, with 216 for Trump. If this is how it turns out, Trump will fare 10 electoral votes better than Mitt Romney, and Clinton will do 10 electoral votes worse than Barack Obama in 2012 — 11 or 12 if rogue Washington electors follow through on their threat to refuse to vote for Clinton (but we can’t assume that at this time).

The two closest states here are North Carolina and Ohio. For a long time, it appeared that Florida was a shakier state for Clinton than the Tar Heel State, but our sources indicate that the Sunshine State looks somewhat brighter for her now, although both should be tight. Meanwhile, Ohio may be a real Toss-up state. Buckeye history and demography point to Trump, but Clinton’s ground operation could come through for her in the end. If Ohio does vote for Trump while he is losing the White House, it will be just the third time in 31 elections that Ohio will have voted for the loser.

Florida may tell us a lot about whether we’re going to have a long night or a short one. About two-thirds of voters will likely have cast their ballots early, so the vote count should not take that long. If Clinton wins the state by two or three points and is declared the victor early on, it’ll be hard to find a plausible path to Trump victory. If Trump captures the state, though, then we’ll have to see if her firewall states, like the aforementioned states of Michigan, New Hampshire, and Pennsylvania, as well as Colorado, Nevada, and Virginia, come through for her.

Overall, we’re picking a net gain of four for Democrats in the Senate, which results in a 50-50 tie in Congress’ upper chamber. If we’re right about the presidential contest, that means Vice President Tim Kaine (D) will be breaking ties after Inauguration. Gov. Terry McAuliffe (D-VA) would appoint Kaine’s replacement in the Senate (long-serving Rep. Bobby Scott, an African American, is the likeliest choice) 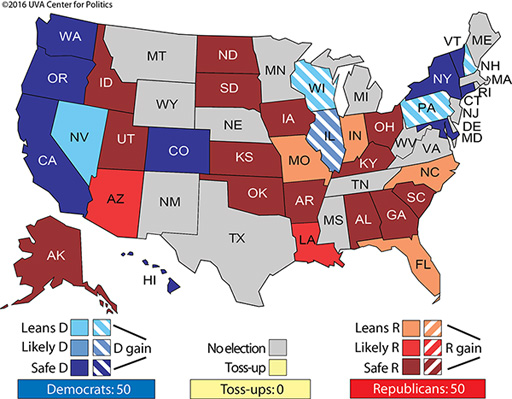 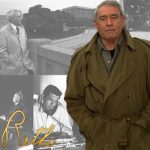 Dan Rather On Election 2016: "Nevermind? We Should Mind - And Not Forget" 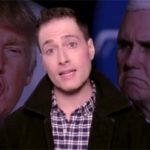 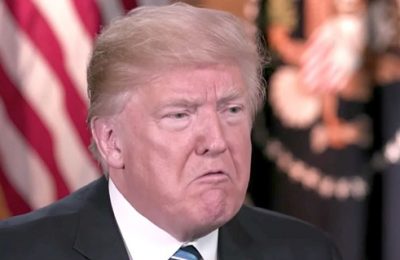 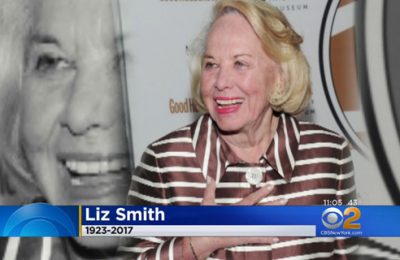 “Dame Of Dish” Liz Smith Passes Away At Age 94