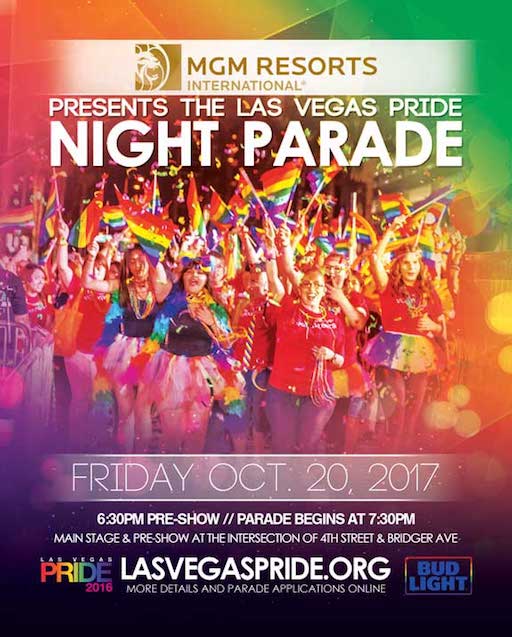 While we acknowledge Pride Month in June, living here in Las Vegas we don’t actually celebrate LGBT Pride until October due to the high summer temperatures.

And this weekend is the time for Las Vegans to get your Pride on!

First up in the festivities – head to downtown Las Vegas tonight for the glamorous, glittering spectacle that is the annual Las Vegas PRIDE Night Parade!

Then celebrate diversity at the Las Vegas PRIDE Festival where everyone is welcome. LGBT families, couples, and singles along with their friends and straight allies come together for an entire day of fabulous fun at Sunset Park (at the corner of Sunset Rd. and Eastern Avenue).

The festival is held Saturday from Noon to 10PM and Sunday from 11AM to 8PM.

Sunset Park has over 2,000 parking spaces and several parking lots, so parking is not a problem.

Canadian country music star Patrick Masse will be among those headlining the live entertainment from the MainStage on October 21.

One of the very first openly gay country music artists, Masse has performed around the world including major Pride events all over North America.

Nominated for the Horizon Award for new artists at the British Columbia Country Music Association Awards, his songs have gone Top 10 all over Canada. 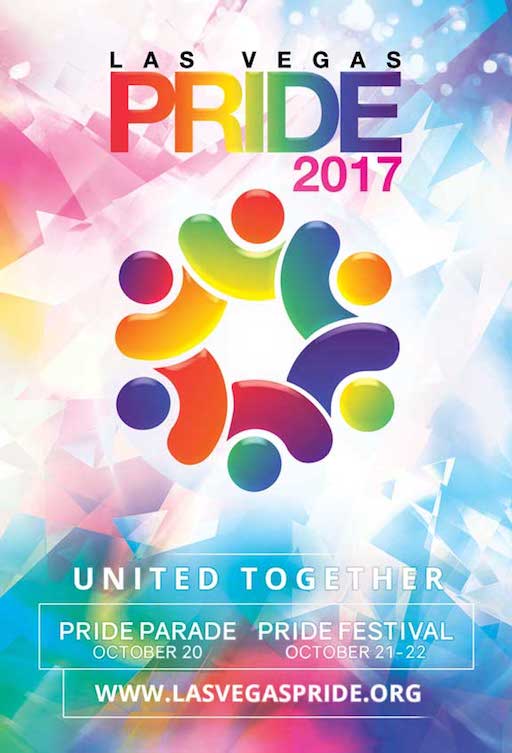