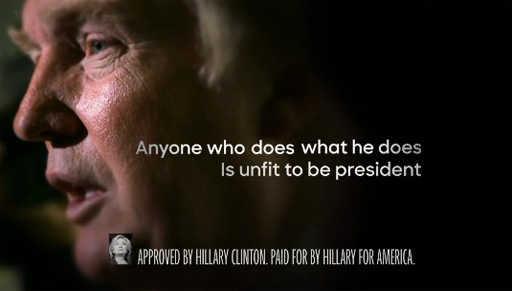 A new campaign ad from the Clinton campaign that’s kind of a “greatest hits” of Donald Trump’s offensive comments about women. Again, it’s all in his own voice.

“Putting a wife to work is a very dangerous thing.”

Anyone who sees and treats women this way is unfit to be president. pic.twitter.com/aRXRfItr0r