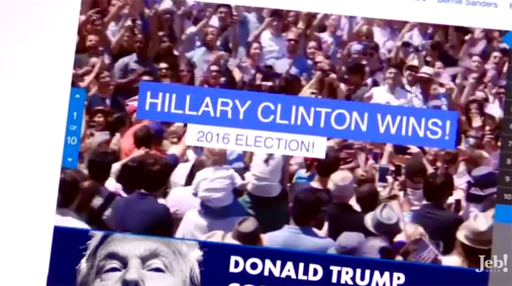 In an attempt to scare GOP voters with a Hillary Clinton win for the White House, Jeb Bush puts up this ad with an imagined election victory by Hillary Clinton over Donald Trump, ending with “Dont’ panic – it’s not too late to change the future.”

The interesting thing about the ad is – the sun is shining, Hillary looks great, and the crowds are happy. Is this supposed to be a “negative ad?”

Hillary should take the first 90% of this and use it herself.

If I was Jeb Bush, I’d be firing some folks today.