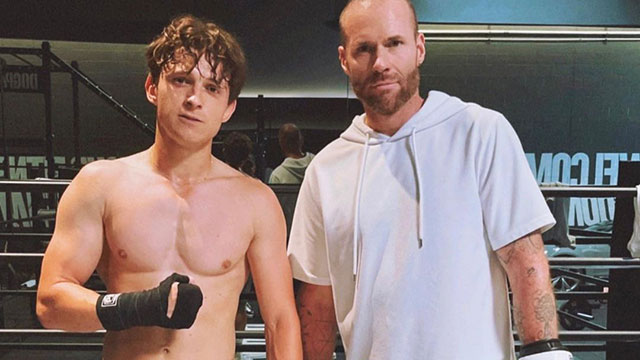 Actor Oliver Trevena kind of broke Instagram yesterday when he shared a quick snap with Spiderman star Tom Holland after the buds finished a boxing workout while Holland was still a shirtless, sweaty sight.

The caption read, “Use extreme caution when training with a friend who is also a Marvel Superhero,” read the caption. “May cause post workout collapse.”

He tagged Holland before adding the hashtags #NowPutYourShirtBackOnSpiderman and #spidermannowayhome.

Holland isn’t really one to post shirtless thirst traps on his social media. About the best we can hope for is occasional ‘Joe Cool’ photo.

His next project will require him to dust off his tap shoes as he preps to star in an upcoming Fred Astaire bio-pic.

Trevena is no stranger to Hollywood having appeared in films with stars like Bruce Willis and Nicholas Gage and Bruce Willis. He also co-owns a cactus water business in the US. His next film project will be Gerard Butler’s action-thriller The Plane.