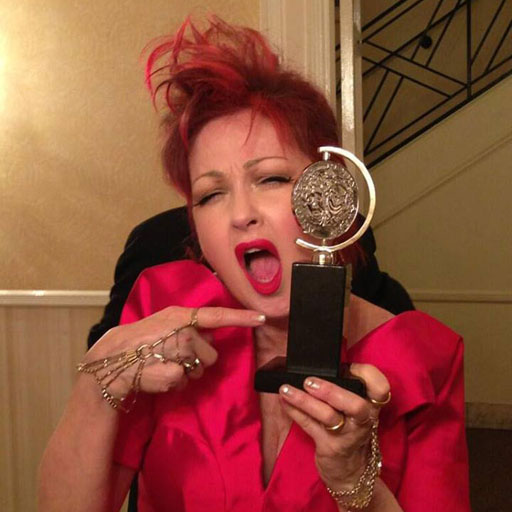 After six Tony Awards (including Best Musical, Best Score and Best Choreography), a Drama Desk Award, a Grammy Award and many more honors, the hit Broadway musical Kinky Boots has announced the production will bring down the curtain for the last time April 9, 2019, notching 2,507 performances at the Al Hirschfeld Theater.

The musical, which tells the world “You change the world when you change your mind,” has been celebrated on the Great White Way, in London, across the United States and around the world.

“This smash-hit struts its stuff with sparkle, stilettos and heart! – Time Out New York

Based on the 2005 film and inspired by a true story, KINKY BOOTS follows Charlie Price (Tony nominee STARK SANDS), an aspiring young businessman who is forced to give up his dreams of living the London city life in order to save his late father’s family business in Northern England. When Charlie suddenly inherits his father’s bankrupt shoe factory, he finds unexpected inspiration in the form of Lola (BILLY PORTER) a fabulous entertainer in need of some sturdy stilettos. As Charlie and Lola work to turn the factory around, this unlikely pair finds that they have more in common than they ever dreamed possible… and discovers that when you change your mind about someone, you can change your whole world.

From the beginning of the show’s genesis, the creators’ message to audiences has been to learn to not only accept others for who they are, but to learn to love ourselves.

The show guide for Kinky Boots, provided to school groups who attend the show, underscores the importance of children learning to “let me be me.”

If you look at all of the influential people in the world, many of the most spectacular people were probably also highly unique individuals when they were younger. Could you imagine Lady Gaga at your high school prom or havingMark Zuckerberg sit at your lunch table? What’s funny is that what is often considered cool in school actually becomes average in the real world, whereas those students, who don’t quite fit in, may turn out to be shining stars when they grow-up.

Playing the outrageous drag queen with a heart, out actor Billy Porter’s stunning performance as “Lola” won him a Tony Award, a Drama Desk Award and a Grammy.

Porter’s star continues to rise thanks to his breakout role in the acclaimed FX series Pose (which boasted the largest LGBTQ cast in the history of television), and will be featured the new season of American Horror Story: Apocalypse.

Porter has also used his elevated celebrity status to raise his voice on behalf of the LGBTQ community every chance he gets.

Throughout the show’s run, stars from all corners of the celebrity spectrum have lined up to don those sexy, thigh-high red boots.

“When you’re watching something that is so based in joy, you just can’t deny it,” gushed Glenn when he joined the Broadway cast.

“When we first set out to make this show, we never could have imagined the success it would have here on Broadway and around the world,” said Harvey Fierstein (book) and Cyndi Lauper (composer) in a joint statement. “We speak on behalf of the entire company when we say how grateful we are to the fans who have embraced our work across four continents, and counting!”

“I’ll never forget the very first performance of this show, back in Chicago in the fall of 2012,” shared Tony Award winning director/choreographer Jerry Mitchell. “It was one of those magical nights in the theater, when the material connects with its audiences in exactly the way you hope for. It felt like a gift from the theater gods then, and it still does to this day.”

“In the years since, we have witnessed attitudes towards gender non-conformity start to change all across America in ways we couldn’t have begun to imagine in 2012,” Mitchell added. “It’s never easy saying farewell to a beloved production, but knowing that Kinky Boots is leaving a more accepting world than the one it was born into is hugely gratifying for everyone involved.”

If you haven’t seen the show yet, head down to the Al Hirschfeld Theater before April 9.

You can check out the Tony Award winning performance by the cast of Kinky Boots below. 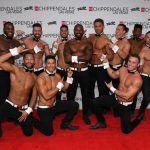 Tyson Beckford Rocks The House At Chippendales In Las Vegas 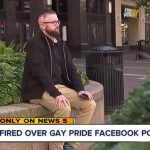 Priest Fired For 'Liking' A Facebook Photo Of Same-Sex Wedding 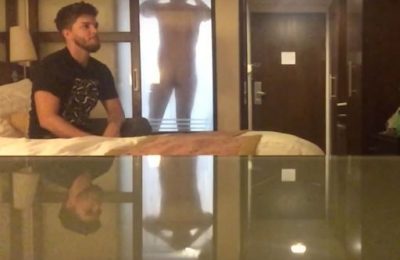 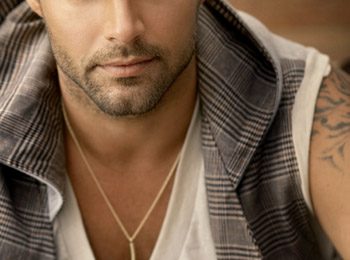