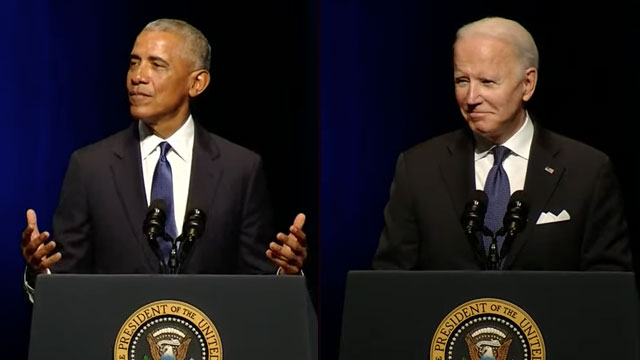 Reid died in December at the age 82 after a long battle with pancreatic cancer.

Reid helped secure congressional passage of Obama’s signature healthcare law in 2010 over sharp opposition from Republicans, and the former president said he could not have asked for a better friend.

“Without Harry, there would be no Affordable Care Act,” Obama said in his eulogy. “Harry refused to give up.”

“Pragmatism, practicality, a premium on getting things done, a lack of pretension and an abiding loyalty. That’s what Harry Reid represented,” said Obama.

Harry Reid and I grew up on different sides of the country, but we came from the same place where certain values run deep. Loyalty. Faith. Resolve. Service.

He was a dear friend, a great American, and a giant of our history. May he rest in peace. pic.twitter.com/qGvDhq15hX

President Biden on the late Harry Reid's unassuming manner: "it was all Searchlight – no spotlight"