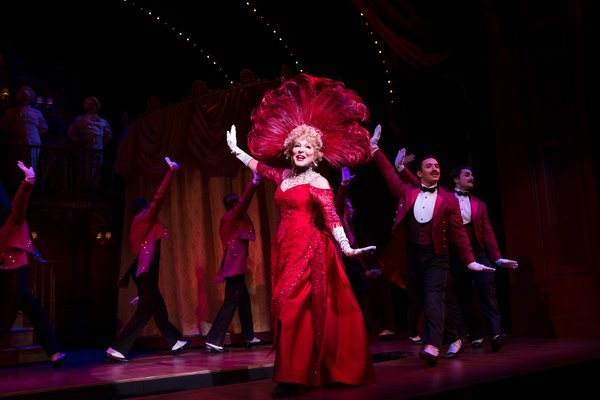 The Associated Press is reporting that when Bette Midler sang “So Long Dearie” to her blockbuster Broadway revival of Hello, Dolly! she really meant “See you in a while” as producers have announced that the Tony Award-winner will return for a six-week run before the production closes August 25.

Bernadette Peters, who took up the mantle of “Dolly Levi” after Bette departed in January will continue in the role until July 15. The Divine Miss M will be “back where she belongs” beginning July 17.

Creel wan the Tony Award for “Best Actor in a Featured Role in a Musical” for his performance as “Cornelius Hackl,” and Pierce earned a Tony nod as “Horace Vandergelder.”

We won’t be saying goodbye to Dolly any time soon though.

Fans eagerly await the first national tour of “Hello, Dolly!” which will star Tony Award-winner Betty Buckley when it kicks off in October at Playhouse Square in Cleveland, Ohio.