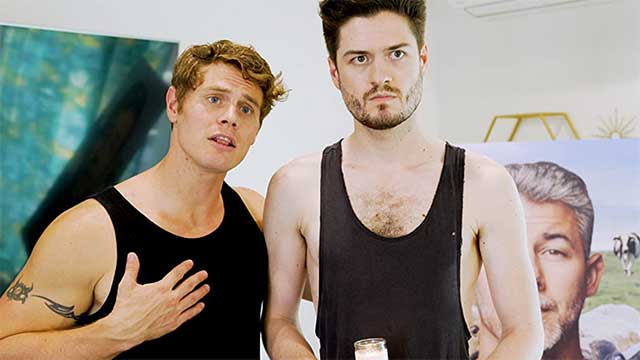 In the episode (titled ‘Bad Boy’s Daddy Issues’), Scott (played by O’Daly) comes home from the gym and is surprised to find Jim (Drew Canan) preparing for an impromptu memorial service for his dead father who was the victim of an apparent wood chipper incident.

Jim’s ‘best brah’ James (Alex Dyon) arrives for the memorial service as we find out the dead dad looks a whole lot like Nick Jonas. #NotMadAtThat

But as Jim begins his tribute it seems the only memories he has of his dad involve felonies, child abandonment, and orange chicken. #GoodTimes

James reminisces about the time he peeked at the dad naked in the shower: “And that’s when I knew that I was going to be ‘gay for pay.’”

Turns out James is a ‘brah-stitute,’ which is totally not a prostitute because he only charges $50 (although he offers Scott a senior discount at $40).

When Scott tries to point out that Jim clearly has daddy issues, Jim disagrees: “What kind of issues would I have because of my dad? I feel like a kid, I like older men, and I have a daddy. Like, I’m all set.”

Eventually, the bad boys flip the script on Scott and confront him about his own ‘daddy issues.’

But don’t worry, we don’t get mired in anything deep as soon there are suggestions for wrestling in pudding and a group rinse-off. 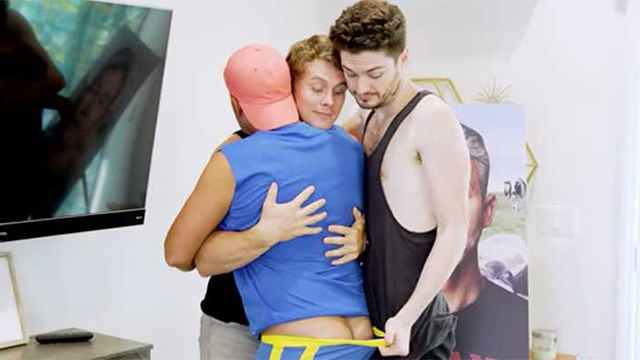 If it all sounds absurd, that’s because it is. Between the sharp, rapid-fire dialogue, Scott’s short-shorts, the eccentric characters plus the requisite shot of Jim shirtless, it all adds up to a brief yet worthy escape from the madcap world we’re living in today.

Check out my previous coverage of the ‘Bad Boys’ web series here.