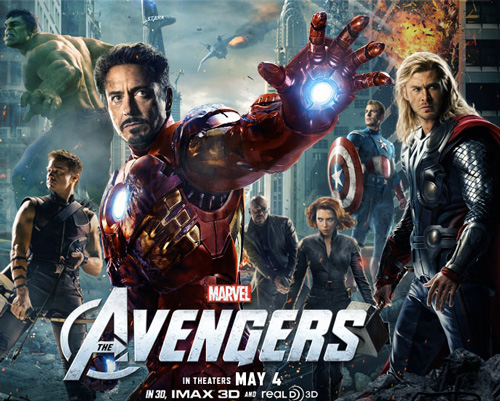 THE AVENGERS movie grossed an unprecendented $200.3 million in its Friday-Sunday box-office debut, its studio estimated.

The
film is the first to break $200 million in three days. It smashed the
mark held by the previous weekend record-holder, “Harry Potter and the
Deathly Hallows: Part 2.”

I loved the film.  It was exactly what it needed to be.  The action sequences were fantastic and the use of humor between the characters made the movie that much better.

I may go back again but at an IMAX theater.

Go see it if you haven’t already.